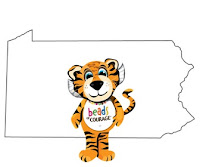 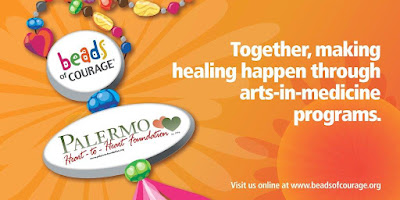 On top of sponsoring our member hospitals, Palermo Heart-to-Heart is a supporter of the Beads of Courage Carry a Bead program! They have held 2 Badges and Boots Campaigns, which recruits first responders in Pennsylvania to Carry a Bead to encourage a child or teen coping with serious illness. Their first campaign recruited over 20 groups of first responders in the Pennsylvania area!
Palermo Heart-to-Heart is definitely an organization that Makes Courage Roar! If you want to learn more about Palermo Hear-to-Heart and more things that they have done be sure to check out their website! If you want to be amazing like Palermo Heart-to-Heart, be sure to participate and contribute to the 9thAnnual Bead Challenge!
Courage Tiger’s 2017 Road Trip is a feature of the 9th Annual Bead Challenge, a three-month nationwide fundraiser and beadraiser for Beads of Courage. As the official Beads of Courage mascot, Courage Tiger is visiting all 50 states to highlight the incredible work our organization does by sharing stories of our courageous members, families, clinicians, and the caring community of artists and supporters who make our vital work possible. Please get involved in Bead Challenge 2017 by visiting www.beadchallenge.org today. Sign up to PARTICIPATE as a fundraiser, CREATE glass beads, or DONATE to the cause. With your help, we can Make Courage Roar for kids coping with serious illness! Many thanks to Bead Challenge 2017 presenting sponsor Northwestern Mutual and supporting sponsor Soda Lime Times.