Freezin’ for a Reason! 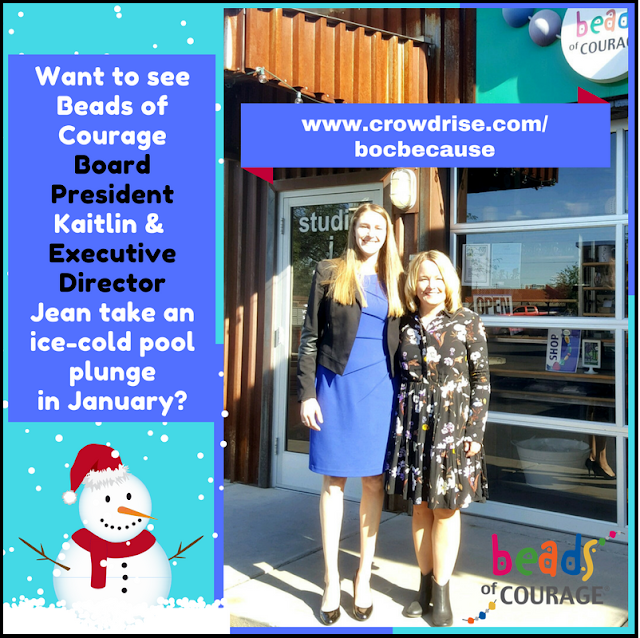 FREEZIN’ FOR A REASON!

Who wants to see Beads of Courage Board President Kaitlin Elledge (left) and Executive Director Jean Gribbon (right) jump in an ice-cold swimming pool in January?

You have the power to make it happen.


If we reach that goal by midnight on January 3, Kaitlin and Jean will each jump in an ice-cold swimming pool in January!

Although they won’t be in the same state (Kaitlin in Texas and Jean in Arizona), they will each post a video of their polar pool plunge.  They might even livestream it on Facebook!

And don’t think the temperatures are warm in these states in the winter!  Overnight lows in both cities are in the mid-30s and often dip below freezing, so outdoor swimming pools will be seriously cold!

Beads of Courage is all about courage and Kaitlin and Jean will have to summon theirs to take this icy pool plunge.  But they are willing to do it to raise much-needed funds in honor of the 60,000+ children and teens we serve annually, whose Acts of Courage while coping with serious illness are the true inspiration for this challenge.

We are already a quarter of the way to the fundraising goal, so the ice-cold pool plunge is well within reach.