Give the Gift of Encouragement 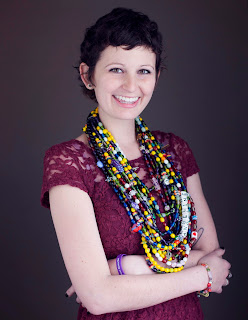 Angéline Fahey was an 18-year-old student at the University of Arizona, starting an exciting new adventure as a college freshman.  After experiencing severe pain in her leg, she was diagnosed with osteosarcoma, a rare and aggressive form of bone cancer.

Thankfully, Angéline is now cancer free – and it is our honor to see her every day at the Tucson Headquarters of Beads of Courage, where she works as our Encouragement Programs Manager.

Please take a moment to read Angéline’s message below and learn about the power of Beads of Courage to give hope and honor courage during a fight for life.  Then, CLICK HERE TO DONATE and give the gift of encouragement to more than 60,000 children and teens coping with serious illness in the Beads of Courage Program.

When I first learned that I would have to go through reconstructive surgery for my leg and months of chemotherapy after being diagnosed with osteosarcoma, it was tough.  During a trip to the emergency room, the mystery of my intense leg pain was revealed and I had no choice but to face my diagnosis head on and quite rapidly.

Within a week I started chemotherapy and was introduced to the Beads of Courage Program that not only encouraged me to face my challenges of mobility, nausea, mucositis and hair loss with strength, but with determination. This program gave me a tangible reminder of how tough I was really becoming.

There were times when it felt like I could flip a coin and determine the outcome of my life.  I had to choose whether to live my life miserably or be happy despite what I was going through. 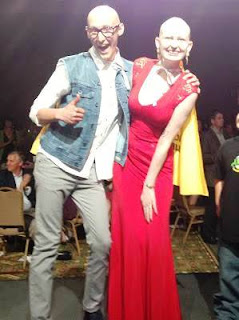 As the months went on, I collected my beads for the dozens of surgeries it took to keep my mobility in my leg after the tendon, knee and femur replacements, the painful surgeries that led to my matching “wing” scars on my back, the dozens of cycles of chemotherapy that I endured, and the 82 blood transfusions that helped to save my life.

Every time I collected these beads, they fueled my choice to be happy, because I started to see my accomplishments as they were laid out in front of me.

There is so much about my treatment story written across the length of my beads. Having Beads of Courage to record and tell my story of treatment encouraged me to be proud of my scars and my bald head.

Without having a visual representation of my journey, I never would have realized how strong I have really become.

Giving Beads of Courage at the bedside has led me to witness dozens of families overcoming their challenges with new hope and resolve.  Nothing compares to the feeling of seeing a child hold their strands of beads proudly in their hands, a sense of accomplishment and pride written all over their face.

Beads of Courage are not ordinary beads at all. They are a representation of the strength it takes to cope with and to overcome an illness with determination and positivity. Each strand of beads represents a very important chapter in the story of what it takes to be courageous.

Please take a moment to MAKE YOUR TAX-DEDUCTIBLE DONATION to Beads of Courage today.  Every dollar you give helps children and teens like Angéline record, own and tell their inspiring stories of courage.