We’re excited to announce that Team Beads of Courage member Karts Huseonica will be carrying Beads of Courage again on a record-setting expedition next year, along with his teammate, Lauren Sherwood.

The Yukon 2020 expedition requires Karts and Lauren to canoe the length of the Yukon River, an eight-week journey involving challenging currents, late-season ice flows, inclement weather, and dangerous wildlife.
In 2018, Karts carried Beads of Courage when he set the record as the oldest person, at age 68, to hike the entire length of the Arizona Trail and back again.  The rugged 800-mile trail traverses Arizona vertically from Utah to Mexico.
Read more about the pending expedition in Karts’ press release below, and follow our Team BOC Facebook Page for more Carry a Bead pics, stories and updates!
Press Release – Immediate
YUKON 2020 Expedition
Record-setting Attempts on the Yukon River 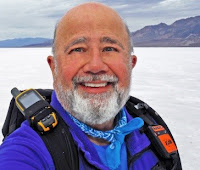 (Phoenix, Arizona, USA, February 11, 2019) Phoenix area resident Art “Karts” Huseonica, 68, will embark on an expedition to canoe the length of the Yukon River starting mid-June 2020. His eight-week journey will include challenging currents, late-season ice flows, inclement weather, and dangerous wildlife.
He has a number of adventures to his name, including a record-setting Death Valley traverse, a modern era record-setting Amazon River expedition, and he’s the oldest person
to yo-yo the 800-mile Arizona National Scenic Trail. If he is successful on this expedition he will be the oldest person at 69 to accomplish this remarkable feat in a canoe. 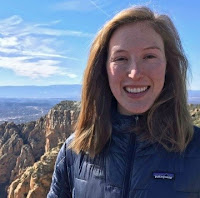 Mr. Huseonica will be joined by teammate Lauren Sherwood, 24, of Prescott, Arizona. Ms. Sherwood is an experienced adventurer and has worked as an outdoors educator and in the off-road industry. She has solo-traveled extensively in Mexico and completed the arduous 52-Hike Challenge in 2016. If she is successful on this epic endeavor, Ms. Sherwood will be the first documented female to canoe the Yukon River source-to-sea.
For the next 16 months, the team will be planning, training, and formulating their resupply plan. In the Yukon Territory their outfitters will be Up North Adventures. In Alaska, Mr. Huseonica and Ms. Sherwood will rely on Horst Expediting for emergency resupply and for transportation coordination at the end of the expedition.
The Yukon River is one of the greatest rivers in the world, stretching 1,980 miles from deep in the Yukon Territory of Canada, through the state of Alaska, emptying into the Bering Sea. During the Klondike Gold Rush, the river was the primary means of transportation for supplies and gold prospectors.
SPOT LLC will be providing emergency communications, a publicly accessible GPS track, and text capabilities that Mr. Huseonica and Ms. Sherwood can use for Facebook, Twitter, and phone.
Expedition sponsors include: ArmaSkin, Wild Zora Foods, Epic Wipes, SoulCare by CCC, and Honey Bunchies Gourmet Honey Bar. Mr. Huseonica and Ms. Sherwood will be wearing Beads of Courage to provide encouragement to children facing serious illnesses.
Media, photo, and sponsor inquiries please contact:
Art Karts Huseonica
443-254-5730
arthuseonica@gmail.com
http://twitter.com/karts999
http://www.instagram.com/kartshuseonica/
http://www.facebook.com/arizonianexplorer
http://arizonianexplorer.wordpress.com/
Read more
Previous PostNext Post